There’s so much going on in the restaurant and food industry right now; from vegetarian restaurants getting Michelin starts, to restaurants looking to reduce waste and eliminate plastic completely, and highly anticipated restaurant openings, I can’t keep track of it all! Here are some recent interesting trends I have stumbled upon for the month of March. There’s so much hype behind David Chang’s new place in LA! It’s a struggle not to hop on a plane just to check out…but it seems I can’t escape NYC with all the snow we’ve been getting!

Eating more vegetables and the rise of ‘clean lifers’:

Eating a clean, vegetarian based diet seems to be the growing trend that shows no signs of slowing down and some attribute this to the group of people referred to as ‘clean lifers’. (Sounds like an odd millennium cult, doesn’t it?) This group is typically educated 20 to 29-year old’s looking to pursue a healthy lifestyle as a means of asserting control and finding comfort in this crazy, and often unstable world (Trump presidency, cough cough). Since this age group typically dominates social media, these ‘clean lifers’ are quickly influencing their peers and those around them. In fact, consumers aged 18 to 34 increased their annual per capita consumption of vegetables by 7% last year over the year before, according to the market research firm NPD Group. Not only are they looking to eat a cleaner, vegetable forward lifestyle, they are also looking for ways to help save the environment. (Okay, I’m sold, tell me more…)

Root-to-stem cooking: is about using every part of the fruit and vegetable, including leaves, peels and stems. Root-to-stem advocates are quick to point out that the bits of fruits and vegetables we rarely eat often have the most flavor, as well as potential nutritional benefits. Many chefs are exploring options to reduce waste as much as possible by getting creative with their dishes.

Some of these chefs/restaurants include:

World renowned chef Massimo Bottura:  Refettorio Gastromotiva is an initiative brought to Brazil by chefs Massimo Bottura (Food for Soul), David Hertz (Gastromotiva) and the journalist Ale Forbes, to contribute to fighting food waste, malnutrition and social exclusion. Bottura’s latest book, ‘Bread is Gold’ contains many ideas for recipes that use up typically overlooked and wasted bits of fruit and vegetables and stale ingredients. For example, in his dish, ‘Bread is Gold’, which is a gold dusted salted caramel desert, transforms stale bread, milk and sugar into something transcendent and magical. It is so wonderful, it’s listed on the menu at one of the best restaurants in the world – Osteria Francescana in Modena, Italy.  Stale bread…who knew?

The Perennial, San Francisco: the kitchen team here go extra lengths to ensure that every part of a fruit and or vegetable is used – even if it means turning that piece of produce into something completely out of context, such as turning old vegetables into a seasoning. Additionally, the Perennial, is one of the first places in the country to work with Kernza, a king of wheat with superpowers to fight climate change and stop soil erosion. Unlike annual wheats, a perennial like Kernza grows deep roots that take hold of soil and keep it from wearing away. Kernza also grabs more carbon dioxide from the air, which could help mitigate the effects of climate change. (Really interesting information posted on their website!)

Nix, New York, NY: Nix is an entirely vegetarian and vegan restaurant by Michelin starred chef John Fraser and features dishes that are seasonal, shareable and highly flavourful. Whereas vegetarian restaurants were once seen as faux pau, Nix is now the proud new owner of a Michelin Star and many countless positive reviews from the NYT to New York Magazines.

Considering all the devastation Puerto Rico has endured over the past few months, I couldn’t be happier that Puerto Rican food is all the rage and I’m sure you feel the same! Chef Jose Andres is hands down one of the best chefs in the world right now and it’s been so humbling to see how much time and energy he has invested into helping Puerto Rico get back on its feet. Considering how influential he is, (‘100 more influential people in the world’, according to Time magazine), it’s safe to say he is putting the spotlight on Puerto Rico in a good way. Here are three reasons why Puerto Rican cuisine is so amazing.

Plantains, please! Show me someone who doesn’t love plantains. Seriously, they’re amazing and so versatile! Favorite national dishes include stuffed plantains, tostones (plantain slices that are fried, flattened and then fried again!), jibaritos (sandwiches that substitute bread for plantain slices), pasteles (akin to a plantain tamal) and mofongo (plaintains are picked green and fried then mashed with salt, garlic, and oil in a wooden pilon). The mashed plantains either have pork cracklings or bits of bacon inside. 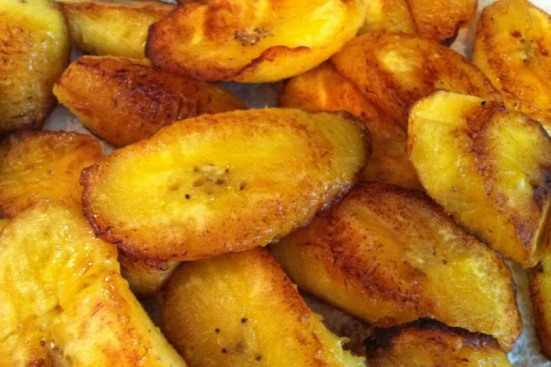 Desserts: They say refined sugar is one of the worst things you can eat, but I’ll be damned if I ever give up dessert and when it comes to dessert, Puerto Ricans know how to do it right! Popular Puerto Rican desserts include tembleque (coconut dessert pudding), arroz con dulce (coconut rice pudding), and coquito (delicious creamy tropical coconut eggnog made with spices and white rum. It is generally served at holiday celebrations). Sign me up! 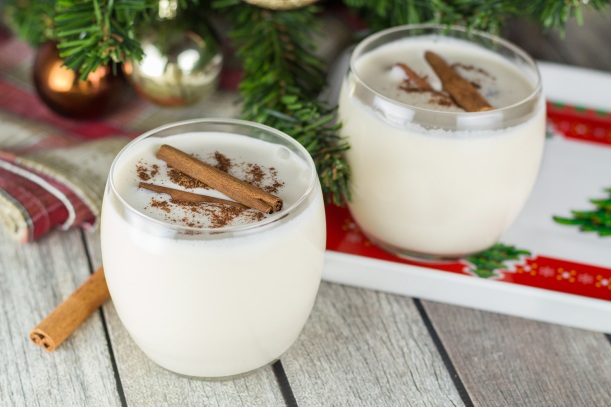 Wagyu Katu Sandos are all the rage right now.

Wagyu, who? Let’s break that one down: Wagyu is a rich, buttery and deliciously tender beef cut with extensive fat marbling, Katsu refers to pork or chicken which is coated in flour, egg and breadcrumbs (usually panko) then fried until golden crisp, and Sando is a popular street name for a sandwich in Japan. These sandwiches have been blowing up Instagram since Nakahara, the chef who many credit with cooking some of Tokyo’s best wagyu beef, began serving it to regulars as an off-menu special at Sumibiyaki Shichirin in Tokyo. In the last few years, many highly regarded Japanese chefs have adopted the dish with their own unique twists. One of the first chefs to bring it to the USA was Daniel Son of LA’s Kura, who back in October opened a pop up within his West Hollywood restaurant, serving a $70 A5 wagyu katsu sando. (No one said these things came cheap now, did they?) In NYC, Uchu has been offering a version of it as part of their $200 tasting menu.

As luck would have it, a takeout restaurant dedicated to wagyu katu sandos is opening in NYC soon! Don Wagyu is slated to open a tiny shop in the Financial District at 29 South William St (at Broad St). According to the New York Times, this new restaurant will open in the spring and rely largely on take out orders. Expect three types of sandos, one with American washugyu, an A5 Mizayaki wagyu, and a third kind of beef. Cocktail, beer, safe, and some cocktails will also be served. I have no doubt this place will have a huge following!

No straws for you!

Malibu, Seattle, Davis, San Luis, Miami Beach and Fort Meyes; these cities have banned or limited the use of plastic straws in restaurants.  In fact, starting June 1, all food establishments in Malibu, California must swipe out their plastic straws for ones made of paper, wood or bamboo and Seattle has banned all plastic in restaurant starting in July. The anti-straw sentiment has even crossed over into the UK, where straws have been included in a government plan to ban all plastic waste by 2042. Skye Gyngell of Spring at Somerset House in London is already leading the way by pledging to make her restaurant plastic free by 2019. Taking note, Scotland plans to be rid of plastic straws by 2019 and Taiwan is banning single use plastic items, including straws, cups, and shopping bags by 2030.

Have you checked out any of these restaurants? Please comment and let me know if they were any good!