As we all know, its officially March, so I failed at getting this out in the actual month described, but regardless, there are some interesting food trends going on right now.

These days it seems more and more of us are embracing a more plant friendly lifestyle, with vegan restaurants opening all over the country almost every day. The Veganuary campaign – an annual campaign where participants pledged to embrace a plant-based lifestyle for the month of January, reached staggering participation rates.  Apparently 250,000 people worldwide agreed to participate, which far surpassed years prior. Companies, chefs, and the media are taking note and we’re now seeing ‘plant based’ everything just about everywhere. Here are some of the biggest vegan trends to look out for in 2019.

Oat Milk: who isn’t familiar with the newest dairy free milk product yet? Oatly!, the Swedish based company caused complete pandemonium on Twitter when they announced they had ran out of supply of their products over the summer (it’s still often sold out or unavailable at retailers such as Whole Foods and Wegmans). While oat milk arrived in New York City in 2016, it had already become the #2 milk alternative in Europe. Since its arrival into the USA, the popularity of oat milk has risen dramatically. Although there are other players in this space, RISE Brewing Co.’s Oat Milk Lattee, Quaker Oats, and Pacific Foods, many people are most familiar with Oatly! because they invented oat milk and because of their unique and quirky ads. Check out more information on their marketing strategy and watch some of their quirky ads in Berlin here. This trend will not be dying down anytime soon either, Pepsi announced it plans on launching an oat beverage under the Quaker brand soon. 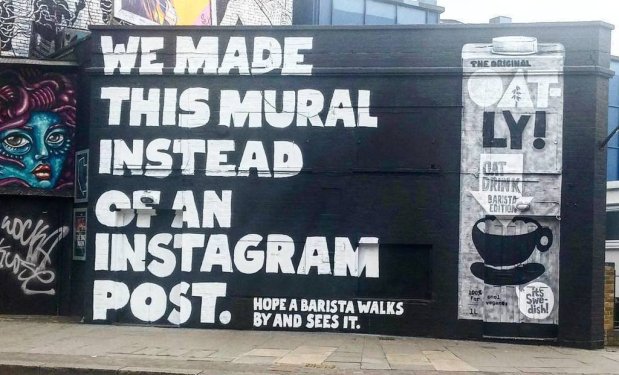 Vegan seafood: did you ever think those two words would be paired up together, but here we are! Yes, sushi made of tomatoes is now officially a ‘thing’! Here are some fun vegan seafood products on the market. Loma Linda’s Fishless Tuna, Ocean Hugger Foods’ Ahimi, New Wave Foods’ Plant Based Shrimp.

Vegan fast food goes mainstream: remember Wendy’s where’s the beef commercials back in the 1980s? I wonder if they’ll be asking, where’s the fake meat commercials in the upcoming future! Aside from White Castle offering the Impossible Burger, many chains including TGI Fridays are now adding the Beyond Burger. Del Taco also expanded the availability of its Beyond Meat tacos and McDonald’s recently launched a vegan McFalafel in Sweden. I wonder if Ray Kroc is rolling in his grave right now.

Lab grown meat:  Just Inc. is set to test a lab-based ground chicken product at an overseas KFC by the end of 2018, and Tyson Foods and Cargill are also heavily invested in the emerging industry. Another lab grown meat that is making headlines is Omnipork out of Hong Kong. Omnipork is a plant-based protein that tastes and looks like pork, but is made of a blend of shitake mushrooms, soy and pea proteins and rice. Any ideas when this product will make its way to the USA? 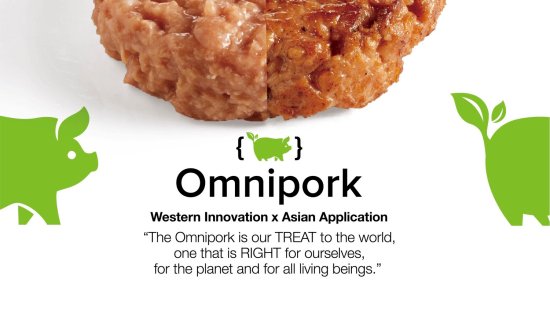 Superfoods:  people are looking to food for not just medicine but also for answers and solutions for everything from glowing skin to mental clarity. According to Datassential, more than 300 new products feature nootropics (aka “smart drugs”). In NYC, a fresh new concept, Telo House is set to open soon. The new eatery will offer a variety of vegetarian, vegan, gluten free, and paleo-friendly organic bites that are meant to be good for you. Tulo House will also offer a variety of fresh, organic nut and oat milks.

For more on upcoming vegan trends for 2019, check out this Peta article.

It’s crazy to think that in a few years’ time, there may be just as many mocktail bars as there are cocktail bars! In January, Heineken released its first non-alcoholic beer, Heineken 0.0, an alcohol-free malt beverage, made with all-natural ingredients and only 69 calories per bottle. 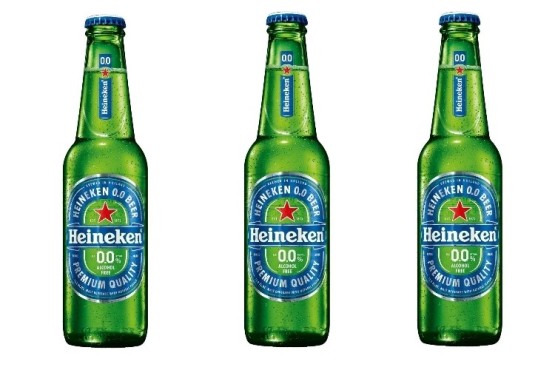 Seedlip, the world’s first non-alcoholic spirit was also recently purchased by Diageo. Even though there is no alcohol in this spirit, it is distilled – macerating herbs and botanicals in neutral grain spirit and water putting each through a copper pot distillation, then removing the alcohol before blending and bottling. This non-alcoholic spirit has been positively embraced in many bars in London, New York and California. More info.

Restaurants embracing non-alcoholic options: At the Michelin-starred Clove Club in the UK, guests who don’t want their eight-course tasting menu paired with wine can choose from two different non-alcoholic ‘flights’ based around teas, juices and infusions. There’s even an ‘alcoholic substitute’ being developed by a team headed up by David Nutt, Imperial College’s head of neuropsychopharmacology now that give a person that warm glow of alcohol.

The rise of hosting events in one’s home:

At this point in time you’ve probably heard of apps such as www.eatwith.com where hosts will put together menus and cook for a variety of total strangers in their homes. (Review of my experience here). Well anyway, a couple in Bushwick, Brooklyn decided to take that idea up a notch by creating their ‘Covert Cocktail Club’. They invite random people to their home where guests are submersed in a two-hour cocktail experience including one aperitif, two cocktails and one parting shot per person, along with shared snacks, along with ‘charming conversations and an incredible story to share with friends and loved ones’ (according to their website). The club became so popular, the NY Times recently wrote an article on it and said that it’s nearly impossible to get a reservation into this covert club.

PepsiCo released a fleet of Hello Goodness snack bots to deliver food and beverages to college students at the University of the Pacific in Stockton, CA. (As if we needed to give college students yet another reason to sleep in until 4pm everyday and not leave their dorm room for days). The delivery snackbots are said to be able to cover more than 20 miles on a single charge and feature cameras and headlights for navigation. Not sure who copied who here, but Amazon also recently launched a delivery robot, called ‘Scout’. Amazon announced in late January that it would begin testing ‘Scout’ in the state of Washington with select Prime customers. For the time being, Scout will be accompanied by a human chaperone to make sure it safely navigates around pets, pedestrians, and anything else in its path. There is no doubt robots will soon be lugging groceries in the house for us and delivering take out orders. (It’s as if the Jetsons show is becoming real life!)

Starbucks has paired up with UberEats so that you lazy people can have your coffee delivered to you first thing in the morning! I don’t you about you guys, but I used to prevent myself from getting Starbucks because I was often too lazy to get off my couch and get into my car to drive to the closest one (seven minutes away). Having the ability to have it delivered…that’s just wrong! Anyway, once you place your order, you can track the progress and location of your Uber Eats courier, who aims to have you your caffeine within 30 minutes ($2.49 booking fees applies, so now your $4 cup of coffee, has become $7).

Popular cuisine/Dish of the Year: Georgian food. Khachapuri – the cheese filled Georgian staple, dating back centuries, is a bread boat topped with a runny egg took ‘Dish of the Year’ Honors, according to Nation’s Restaurant News. (Blame Instagram for increasing the dish’s popularity, as the dish is often served tableside in an excess that plays well on social media). Grub Street put together a great article highlighting the best Georgian cuisine in NYC here. This may beat out pizza as the best late-night snack…

Stay tuned for March’s food trends (maybe I’ll get that one out by May). With the opening of many Hudson Yard’s restaurants in mid-March, there should be a lot going on in the NYC food scene!